Reproductive aging is distinct from chronological aging, and for women, it has both an ovarian and a uterine component. With the use of ultrasound and blood work, physicians can assess a patient's ovarian reserve and oocyte health to evaluate her chances of conceiving.

A woman in her late 30s will have lost most of the eggs she has had since birth, and will be experiencing reduced oocyte health, a biological phenomenon euphemistically called "ovarian aging." This translates into a 31 percent reduction in fertility, according to a study in Human Reproduction Update, compared to when she was in her early 20s. With a life expectancy well into her 80s, the realization of limited reproductive potential at this early stage in life can come as an unwelcome surprise.

This decline in fertility and oocyte health continues steadily, but it drops precipitously after age 39, and after age 42, the chances of having a baby without medical intervention are no more than 5 percent. Although men may appear to be spared the consequences of this "biological clock," reproductive health declines in aging males as well, though perhaps later than in women.

The finding in the 1980s that even peri- and post-menopausal women could successfully carry a pregnancy to term by using an oocyte from a young donor revolutionized the field of assisted reproduction. Nonetheless, fertility is limited even with egg donation. Contrary to what was suggested in the early days of egg donation, by studies such as one in 1994 in Fertility and Sterility, our more recent understanding is that uterine function also declines with age. This is referred to as uterine aging.

The 1994 study was fascinating because cohorts of eggs from donors were randomly allocated to two different recipient groups: one younger and the other older than 40. Interestingly, pregnancy rates were similar in the two recipient age groups. This led to the conclusion that "the capacity to conceive and gestate a conception to term when oocyte quality is controlled appears to be independent of uterine aging through the fifth decade of life."

During the first few decades of IVF, however, researchers rarely studied success rates beyond the establishment of early pregnancy. The rate of success was so low that identifying the endpoint of a pregnancy as a fetal heartbeat rather than a live birth seemed appropriate. Treatment effects on pregnancy and neonatal outcomes were difficult to analyze because of the low frequency of abnormalities, which would, in turn, require studies to include thousands of patients in order to achieve acceptable statistical power. Randomized prospective trials often lacked sample size analysis. Therefore, despite the findings of the 1994 study, uterine aging may have an effect on the chances of successful pregnancy.

Distinguishing Between Uterine and Ovarian Age

We now know from studies in the general population that fetal demise occurs more frequently with increasing maternal age because of uterine aging, as does the incidence of pre-term delivery, reduced birth weight, pregnancy complications, diabetes mellitus and preeclampsia. According to a 2012 study in Human Reproduction Update, negative effects of aging eggs on the progression of pregnancy cannot be ruled out, but uterine health in aging women still needs to be further investigated. A recent meta-analysis shows that the incidence of preeclampsia in singleton pregnancies is elevated after egg donation. Though this does not rule out uterine aging, it may also be related to the oocyte health. It has been suggested that this may be an immune response to a foreign cell much like the response to seminal fluid and spermatozoa.

Age-related variations in both the ovary and the uterus may have cumulative effects on reducing the chance of a successful pregnancy. Almost all other adverse fetal and maternal outcomes are also increased with advancing maternal age, and not all of these are reversible with egg donation. Be transparent with your patients about these risks, and perform the necessary assessments to guide the next steps in their fertility journey. 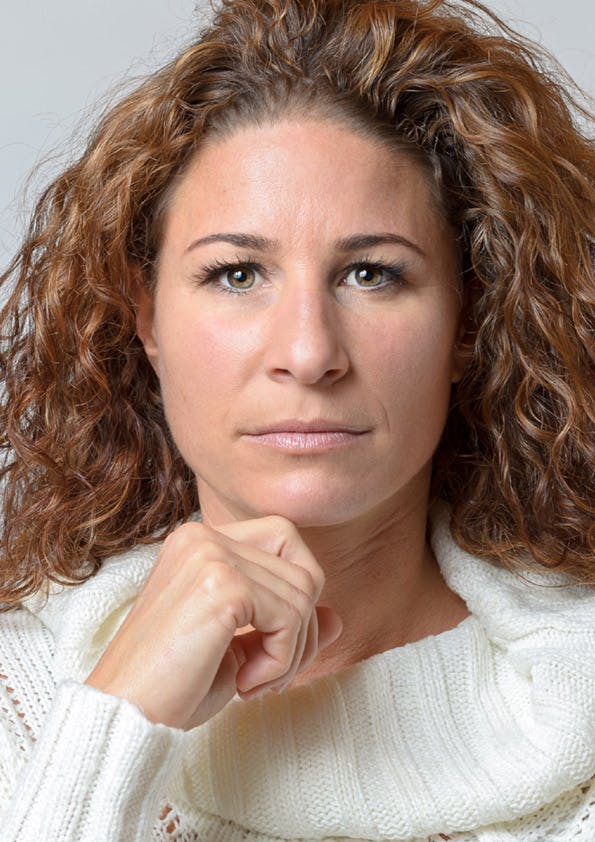 Fertility declines with age, but with ultrasound, you can find out if a woman's biological clock is the barrier, & what can be done with reproductive tech.